Zon was in 1999 one of the first free internet providers in the Netherland. It was the time when access to internet became a hype. Due to de-regulation alternative operators were able to create cash flow based on kick-back of telephone minutes. A quite simple business model.

Zon was founded as a co-operation between Versatel, Free Record Shop and Radio 538. This mix was the base of success: technology, distribution (of CD Rom with access software) and airtime.

The success was the reason why we got involved. It seemed to be impossible to manage the growth, in cost and capacity. With the pragmatic approach we were able to manage the team as well as the technology.

Shortly after a new challenge appeared, the bubble burst. We all know World Online. So cost cut and seeking new business models to tighten the customer relation were needed. The development of new products started: paid internet access and DSL internet access. Here fast moving was key, there were a lot of players on the field, and competition was hard. Speed and quality were key, budget was hardly existent  (in the aftermath of the busted bubble).  We managed to grow to over 350K DSL users, making Zon the 3rd ISP in the Netherlands.

The always online behavior of the customers with DSL placed a new challenge. The infrastructure (radius, LDAP and mailservers) could not cope with these high access rates. At the start of Zon the choice was made to use commercial software (Sun, Oracle, Netscape). Despite promises this infrastructure was not as scalable as it appeared. Some internal discussion, risk assessments and budget calculations lead to the decision to go for open source. DELL was used for hardware, we kept Cisco for network  infrastructure in the datacenter, Apache, OpenLDAP, Radiator, Qmail were used for applications. Oracle was kept for datastorage, since the cost of conversion of the intelligence was to high. 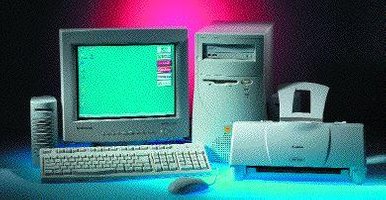 Another way to relieve the systems was to apply free spam and virus protection at server level. This reduced the load on LDAP and mailservers with 60%.

All changes were made in a running operation with internal staff over an period of 18 months.  We still refer to this as peeling of the onion, with a regular update: the state of the onion.

In 2004 Zon was integrated into Versatel, this was triggered by tax reasons. Zon was very profitable and had to pay taxes, where Versatel still had losses to compensate. But Zon stayed relative independent as Versatel Consumer. Until the take over by Tele2 it kept its own IT development and operations teams.

Your are off-shoring to China, or have the intention to do so? We offer an one day in house "cultural" awareness seminar. It is different from all other courses becasue it is base on real program management experience. Contact eric@s-o-b.biz for information.